Volunteers collected trash off the streets in Atlanta on Saturday. (Photo courtesy of Scott Pressler)

Right after the state of Georgia opened up, 100+ volunteers gathered to pick up trash.

Black, white, young, old, & we were united in our love for America.

This is what they don’t want to show on television. pic.twitter.com/dSPMlwOetL

Jones spoke to the crowd about growing up on a farm in North Carolina where his parents taught him the values he still honors today.

“My mom and my dad were both hardworking Americans,” Jones said. “My dad fought in World War II, and ironically, when my dad came back from the military, he wasn’t even allowed to vote in the Democratic primary.”

“My dad never ever winced or cried aloud,” Jones said. “He loved this country.”

“He knew that this was the best country on earth,” Jones said.

“My mom instilled me too with values: hard work — what that meant,” Jones said. “Taking care of your fellow man and woman and your family.” 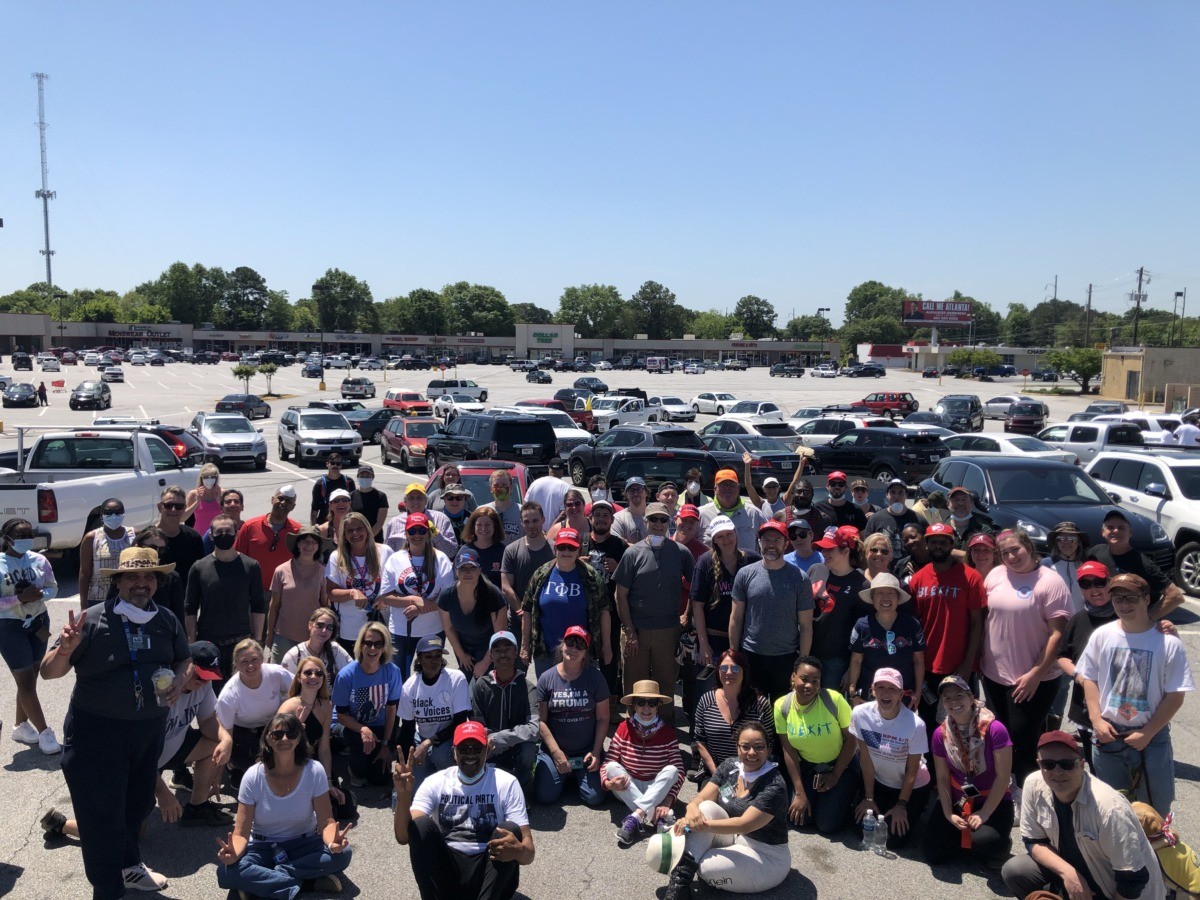 Dozens of volunteers gathered in Atlanta on Saturday to clean up trash and celebrate the reopening of America, including Georgia State Representative Vernon Jones (center with red ball cap). (Photo courtesy of Scott Presler)

“In the old days when someone’s house burned down, all the people in the neighborhood would come and help that family,” Jones said. “If someone lost a loved one, people would be there for them to help them through those trying times.”

“If somebody was trying to find work, they helped them find work. I mean, that’s the American spirit,” Jones said. “That’s what we Americans are about.”

In other remarks to the volunteers, Jones said he hadn’t sought out the national spotlight, but now that he had it, he would stick to his guns.

“It doesn’t matter where you come from. It’s doesn’t matter your race, your creed, your gender, [or] anything,” Jones said. “What matters is that we stay vigilant and vocal about what our values are.”

Presler told Breitbart News that he thinks the event was a success and that he plans many more cleanups around the country.

Presler also has a campaign to register voters as part of his effort to work on Trump’s reelection.

Please let us know if you're having issues with commenting.